Borrelia spirochetes are carried by and spread through the bite of lyme disease infected ticks.

All three of these are powerful tools of Integrative and Regenerative Medicine.

What is Lyme Disease?

Lyme disease, which is caused by an infection of the spirochete bacteria Borrelia burgdorferi, is one of the world’s fastest growing and most difficult diseases to treat. There are many controversies about this disease stemming from the fact that it is complicated. Lyme disease can affect every organ system in our body. Lyme’s symptoms (see below) overlap with many other diseases and its presentation changes as it progresses through its various stages. Even experts are constantly challenged to comprehend its complexities.

It is entirely possible that some people with robust immune systems may actually carry the Borrelia pathogen for years without ever seeing any signs of the disease, whereas others may suffer years with the symptoms of chronic pain, affecting both mind and body, suffering from debilitating symptoms resembling MS, Fibromyalgia, Lupus, Chronic Fatigue Syndrome, Parkinson’s, rheumatoid arthritis, heart problems, joint pains, nerve pain, depression, awful brain fog, loss of short-term memory, impaired cognitive ability and much more.

If you are lucky enough to be diagnosed with Lyme disease and treated within 2-4 weeks of being infected, recovery from Lyme can be quick and complete. However, the signs of Lyme disease are notoriously difficult to diagnose. Many lab tests that reliably detect other infections do not produce valid results for Lyme, and often don’t show the presence of the infection. Thus, the Lyme disease symptoms may show up “out of the blue”, complicated by the fact that they often mimic many other diseases, often resulting in the misdiagnosis of Lyme disease. It is so tricky that Lyme has earned the moniker of “the great imitator”.

Watch the video : How I finally healed from Lyme disease – I tried everything!

Therefore, it is critically important that anyone who suspects that they may be infected with Lyme, seek the advice of a medical practice that specializes in the diagnosis and treatment of the disease, because a definitive diagnosis requires the proper lab results as well as an in-office evaluation of your symptoms face to face with a specialist physician.

The fact is that fewer than 50% of people who have verifiably contracted Lyme disease can even remember being bitten by a tick or having the associated rash. Tragically, if the symptoms of Lyme disease in these unfortunate people go undiagnosed, misdiagnosed, untreated, or incorrectly treated, the disease can progress to become Chronic Lyme Disease, a condition involving your entire body, including your heart, joints, organs, muscles, peripheral nervous system and brain… giving you all the symptoms I listed above.

Chronic Lyme Disease, also called Lyme Disease Complex or Post-Treatment Lyme Disease Syndrome, is understood as a collection of co-infections by other pathogens in addition to the Lyme Borrelia. The effects of Lyme disease together with this gang of microbial invaders release a toxic soup of inflammatory biotoxins and neurotoxins that wreak havoc in the patient’s body.

Much to the frustration of those afflicted with Chronic Lyme Disease, and despite their undeniable suffering, conventional doctors and medical institutions are not convinced that Chronic Lyme is a distinct and real disease. Conventional protocols persist in the paradigm that standard antibiotics cure the infection, and thus the protracted symptoms must be due to something else… or to add insult to injury, “might be in your head”. Unfortunately, and contrary to this conventional paradigm, long term use of antibiotics is not only ineffective in curing the infection, it will actually cause considerable damage to your physiology as hundreds of thousands of people suffering from Chronic Lyme Disease would attest.

How is Lyme Disease Transmitted?

The bacteria that causes Lyme disease are from the Borrelia family of spirochetes, the primary one being Borrelia burgdorferi. Borrelia spirochetes are carried by and spread through the bite of lyme disease infected ticks.

The deer tick, Ixodes scapularis found in the northeastern, mid-Atlantic, and north-central United States; On the Pacific Coast, Borrelia is spread by the western blacklegged tick Ixodes pacificus. See where Lyme disease occurs in the US.

Lyme disease infected ticks can bite and attach to any part your body. Sometimes they crawl under your clothing and bite you in areas where they are hard to find, such as your groin or armpits and of course your scalp. Generally, lyme disease ticks must be attached for at least 36 hours before the Borrelia that causes Lyme is transmitted. Though both full sized adult ticks (size of a sesame seed) and tiny immature “nymph” ticks bite humans, the nymph ticks are so small (size of a poppy seed) they are typically undetected and manage to remain attached long enough to feed, infect the human host, and drop off.

Adult ticks are much more likely to be detected soon after biting us, and removed before we become infected. Thus, most Lyme disease is contracted by humans from nymph ticks, that we never even know bit us.

Furthermore, because the early effects of Lyme disease can be so mild and may not occur at all, it is very common for people to be totally unaware that they have been infected. Then, suddenly, months or even years later, a barrage of symptoms hits them like a tsunami.

Other Ways Lyme Can and Can Not be Transmitted

(These typically appear 3 to 30 days after a tick bite) 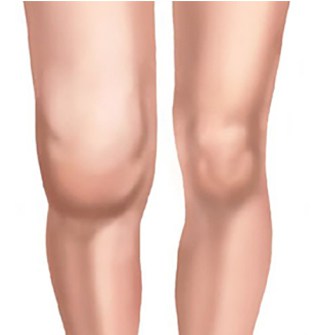 (These typically appear weeks to months after a tick bite)

2. New rashes (AKA the lyme disease rash) anywhere on your body

4. Facial palsy (muscle weakness or droop on one or both sides of the face)

7. Incidents of dizziness or shortness of breath

10 Key Reasons Why Lyme Disease is Difficult to Treat

Why Lyme Borrelia is hard to detect and treat?

Why antibiotics are only partially useful in fighting Borrelia?

Why long-term use of Antibiotics will actually hurt you?

Lyme Borrelia can change the proteins that appear on the surface of its outer membrane (cell wall), which makes it difficult for our immune system to recognize it. 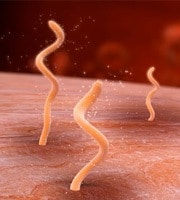 The corkscrew shape of the Borrelia allows it to drill inside our tissues and hide out.

Its corkscrew like shape (spirochete) gives it the ability to “drill” into our tissues and migrate to areas in our body where it can hide from our immune defenses and from antibiotics, including joint cartilage, nerves and even brain.

Note: Ozone molecules are so small, they penetrate into every micron of human tissue. There is nowhere for microbes to hide!

Note: Hyperbaric oxygen therapy causes oxygen to be infused into every cell, organ and tissue of the human body… which is great for our aerobic (oxygen loving) human cells, but terrible for bacteria, which are anaerobic, and are damaged by high oxygen environment.

Lyme bacteria Borrelia can go into a state called persister cells as a defense against biochemical attack by antibiotics. In a persister state, the metabolism of the microbe slows down into something like hibernation wherein they are not vulnerable to antibiotics. Once the attacking biochemical is removed, the microbes wake up, and the antibiotics become effective once again. That is why some protocols call for a series of antibiotic doses followed by periods of no antibiotics, called “pulse antibiotics”.

Note: Cells in persister states are still vulnerable to ozone!

Cysts, much like the persister state mentioned in #5, Borrelia can also go into a cyst state, wherein they are metabolically dormant and not susceptible to antibiotic attack.

Note: Cells in cyst state are still vulnerable to ozone! Borrelia is an intracellular parasite and can hide inside our cells. Even our brain cells!

It can invade our native cells and hide inside them as an intracellular parasite, protected from our immune defenses and antibiotics.

Note: Though intracellular parasites can hide inside cells from antibiotics, they can NOT hide from Ozone that has been infused in a patient’s blood.

It can produce a gelatinous goop called a biofilm, and hide inside where our immune cells and antibiotics can’t penetrate.

Antibiotics work best on bacteria that grow and duplicate fast and congregate in high density colonies. Borrelia however, grow slowly and are found in low densities. Consequently, while Borrelia is ineffectively vulnerable to antibiotics, other naturally occurring and healthy bacteria that happen to be fast-growing colonies in our body are being quickly killed by the antibiotics. Bottom line, antibiotics are far more effective killing our good bacteria, than they are at killing Borrelia.

As mentioned in #7, long term use of antibiotics kills the normal healthy bacterial “flora” in our intestines, skin and vaginal tract. This allows the overgrowth of bad bacterial pathogens to such as Candida (yeast), C. Diff. and MRSA skin infections. Furthermore, overuse of Antibiotics gives rise to resistant strains of bacterial pathogens, which can be far are more threatening than the Borrelia that cause Lyme disease.

Note: 70% of our immune defenses operate in our intestines. Consequently, the disruption of our normal healthy intestinal “flora” can further degrade our immune system that is already struggling to deal with the effects of the stealthy Lyme Borrelia.

All these evasive maneuvers add up to Borrelia’s persistent ability to linger in a patient’s body, which slowly degrades our immune system, and creates an environment ripe for other pathogens to take hold (co-infections) such as other stealthy bacteria, fungi (yeast) and viruses.

Perhaps the most devastating negative side effects of antibiotics is their effect on mitochondria. All cells in the human body have mitochondria which are the essential energy generators required for every function that every cell in your body performs. The unfortunate fact is, that mitochondria are vulnerable to damage caused by many types of antibiotics. Consequently, it is common that as mitochondria become progressively damaged by over use of antibiotics, that many patients experience extreme fatigue and lethargy.

Watch the video : Ozone therapy relieved me of my Lyme symptoms

As you can see, early detection and treatment for Lyme disease is critically important… because if left to follow its natural strategies, undiagnosed and untreated, Borrelia will employ its remarkable defenses, resulting in Chronic Lyme Disease (aka Lyme Disease Complex or Post-treatment Lyme Disease Syndrome PTLDS).

As a follow-up to this article, we will discuss the most effective treatments options available for post-treatment Lyme disease syndrome and also delve deeper in to What is Chronic Lyme Disease Complex?

Doctors Alice Pien, MD and Asher Milgrom, Phd are established pioneers in the fields of Regenerative Medicine and Skincare. Their expertise ranges from advanced laser systems to HCT/P medicine. Their medical education and advanced certifications span from medical schools of NY State University, the University of Chicago, to John Hopkins, Harvard and UCLA. They approach medicine with the clinical expertise of over 85,000 successful treatments over the past 20 years and significant scientific research resulting in proprietary protocols that they customize for each individual patient. Lyme Disease Epidemic – Why is the Government Suppressing it?